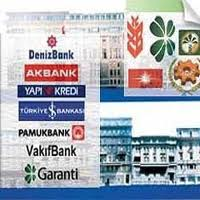 Turkish banks including a unit of UniCredit SpA may be fined about 1.5 billion liras ($828
million) should the antitrust regulator rule that they formed a cartel to fix interest rates, according to two Turkish officials close to the investigation.
Banks including Yapi & Kredi Bankasi AS, part-owned by UniCredit, Turkiye Garanti Bankasi AS, the country’s biggest by market value, and Akbank TAS are telling the Competition Board in Ankara that any fines, set at a maximum of 10 percent of total annual revenue, should be reduced because any cooperation on rates was informal, the officials said today on the condition of anonymity because discussions aren’t public.
Twelve banks are under investigation for allegedly colluding to set rates on loans, deposits, credit card fees and commissions in Turkey between 2007 and 2011. The regulator, which is autonomous, heard banks’ verbal defense over the past two days and may announce a decision before the scheduled date of March 12 to ease market concern, one of the officials said.


The main banking index in Istanbul dropped 0.5 percent to
157,615.6 at 12:02 p.m., extending losses this year to 3 percent. The emerging market MSCI EM Banks Index climbed 2.2 percent since Jan. 1.
Fine Amount
The amount of the fine will depend on whether the collaboration between the banks is classified as that of a cartel, one of the officials said.
Akbank TAS, Yapi & Kredi Bankasi AS and Garanti are three of the banks accused of forming a cartel, Sabah newspaper reported earlier today, without saying where it got the information. Yapi Kredi accepted having proposed a “gentleman’s agreement,” though  said that the suggestion was never implemented, according to the newspaper.
Yapi Kredi said the statements in Sabah are false and that it has never been part of nor proposed a cartel agreement, according to an e-mailed statement today sent by the bank.
Other banks under investigation are Denizbank AS, Finansbank AS, the Turkish units of HSBC and ING Groep NV, Turk Ekonomi Bankasi AS, Turkiye Halk Bankasi AS, Turkiye Is Bankasi AS,  Turkiye Vakiflar Bankasi TAO and TC Ziraat Bankasi AS, according to official documents.