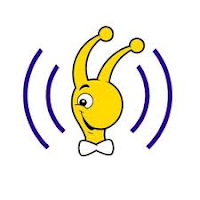 4Q12 adjusted net income beat estimates significantly
Turkcell reported 4Q12 net profit of TRY459m, a 38% y-y increase, in line with our expectations. Ex-one off expenses of TRY106m, the bottom line was TRY565m, significantly ahead of our estimates. Net profit was up 29% y-y if 4Q11 is adjusted for a TRY105m one-off expense. 4Q12 EBITDA of TRY848m also beat our estimates and was up 22% y-y.

TRY13.73 TP (from TRY12.17) implies 21% upside: BUY maintained
With a cautious stance parallel to management guidance, we base our assumptions on voice ARPU being flat y-y in 2013. Still, our 12-month TRY13.73 TP implies 21% upside. We transfer coverage in Turkcell, while maintaining our BUY rating. Shareholder uncertainty will continue, in our view, and we expect dividends to remain blocked for the timebeing.


Cautious guidance
Turkcell management expects voice, mobile broadband and increased contribution from subsidiaries to remain key growth drivers. It expects 2013 consolidated revenues of TRY11.2b-11.4b (+7-9% y-y growth) and 2013 consolidated EBITDA of TRY3.3b–3.5b (+2-8% y-y growth). Capex guidance is at around 15% of revenues. Management’s guidance reflects a cautious view both at the revenue and cost level, with a mid-range EBITDA margin figure of 30.1% indicating a slight contraction from 30.9% in 2012. This guidance supports management’s argument (also Avea’s) that mobile price rationalization seen in the last couple of quarters has not become a trend yet.